This year has already been a hard year.  My parents' health struggles continued (there was a blip about it in my post about Dani's hooves). I tend to keep this blog horse focused but there has not been much horse stuff for me aside from the regular care for my babies who are both doing well. Anways I digress.

The horrible news is that in January my father passed away after a long struggle to gain strength in the aftermath his emergency intestinal surgery last September.  He was doing better and had just gotten through a surgery to reverse the ileostomy bag.  His heart began beating faster so he went to ICU.  The morning of January 14th he was talking with a nurse and then suddenly had a heart attack and went quick and peacefully.  It was instant we were told which is at least some comfort. 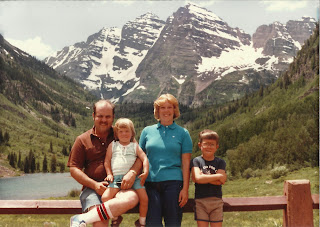 All of us were heartbroken and shocked because he'd been improving.  My mother in the assisted living home was told in person by my father's sister, her priest, and my brother and I were on the phone 2,000 miles away. We were out in Colorado that following week dealing with his death and arrangements that were made for the end of February.  Then we headed home while my aunt and cousin stayed to assist mom and continue packing up the house. We needed to get mom to assisted living near my brother and I as soon as we could after dad's memorial. 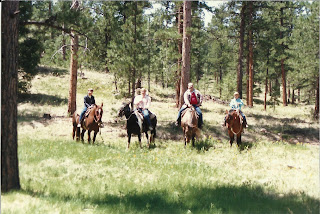 About a week later my mother had a doctor's appointment and that infection in her sutures, the infection that reared its ugly head back in September, had come back with a vengeance.  I flew out two weeks before the memorial to help my mother in the hospital and continue with the efforts for packing up the house in prep for moving and then selling of their house.  My mother wanted to be in NC near me so I also spent time while out there and while I was in NC looking for assisted living places for her.

My mother had two additional back surgeries to clear out the infection.  The second included a graft of muscle due to her skin around the wounds turning black.  Then she had an emergency surgery for a perforation of the intestine.  She was so weak I was surprised she made it through any of those three surgeries.

After the memorial I had wanted to get her on a plane with me to bring her home to NC. That did not happen since she was so weak I couldn't possibly have been able to help her navigate the airports. The hospital would not have discharged her either. The plan was to get her strong enough to be discharged to rehab and we could then have her on a plane to NC with a nurse to assist her during the flight. That was apparently not going to happen either. I received a call from the palliative nurses at the hospital in early March.  I had a conversation with my mother that she didn't want to fight anymore.  She would have to have more surgeries to fight her infection and her physical improvement was virtually nonexistent. She wanted to be on hospice.  It was a hard phone call.  I figured out what to do financially and chartered a medical flight from CO to NC on March 18th. 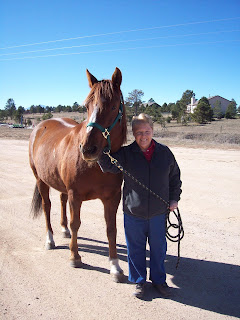 Mom arrived late friday night on a stretcher to a nursing home in Hillsborough, NC. Assisted living was out the question with her needs and that was hard to convey to her.  The hope was maybe she would get stronger, since she was out of the hospital and with my brother and I nearby to encourage her.  She was positive for those first weeks and it was great to see her regularly. I made sure to always keep pretty flowers visible from her bedside.  Some weeks I was there every day as I got her settled but I needed to pace myself too.  There was a lot to still do with finances and then a discovery that my dad's life insurance probably was not there to assist with her increased needs.  Long story but it was a blow and I was overly worried about how to care for my mother and pay for the medical flight from CO to NC.

The fact that she was nearby was a blessing.  She got to see her grandchildren and son many times and I got to spend time with her as well.  Mom was on hospice but they did evaluate her for physical therapy.  That was not a possibility since she was in such a fragile state. The nurses did get her up to sit in a chair but my mother was not able to stand that for long.  She continued to decline.  I freaked out shortly after she arrived when she had a urinary tract infection that manifested with major confusion and hallucinations on her part.  It was very scary to me but at least cleared up quickly, certainly a new and disconcerting experience.  Then Mom had an Emergency Room visit due to uncontrolled bleeding from her abdominal sutures that should have been long healed. 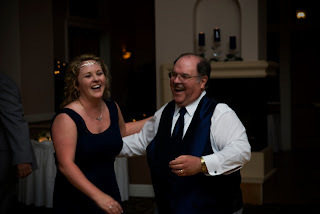 My mother just wasn't healing.  She ate some food but not enough and what little she ate didn't really absorb into her system. In mid May I was told by hospice that she was declining and they felt she would pass in the next two weeks.  A day later that timeline was one week and the next day we were told and could see for ourselves that it was very imminent.  My brother and sister-in law came down on a Thursday, my aunt (mom's sister) flew in from the Caribbean and Mom's brother from Pennsylvania came down as well as a cousin from Georgia.

We spent Thursday, Friday and Saturday with her in the small nursing home room.  She was aware she was dying I'm sure on Wednesday when I saw her and held her hand and told her how much I appreciated and loved her.  She was aware on Thursday and told us she loved us, it was hard to talk and she was more moans than words but we knew and she knew and much love was exchanged as we all held her hand. When she rested the family talked about memories and we hope that with hearing being the last sense to go that Mom heard the happy memories and about how much we loved her. Friday she somewhat responded to us talking to her.  Then Saturday her breathing was very gasping and labored.  We didn't get much response from her.  We all said we loved her and said our goodbyes probably 5 times throughout the day between going to lunch or taking breaks.  When we left that evening we felt like this was the very last time we'd speak to her. 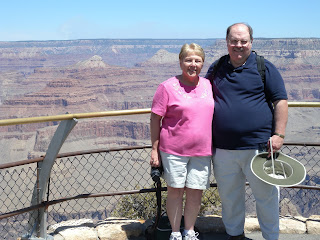 I kissed her forehead, told her "Peace be with you mom. I will love you forever". I left soft harp music playing when we all took our leave that evening.  I hope the music was soothing in her last hours.  She passed within 2 hours after we left.  Maybe even right after we left, who knows.  That's the hard part.  We weren't there, the medical nurse checked on her and discovered she'd passed.  The hospice nurse had warned us that most likely she would pass when we weren't there and to not be troubled by the possibility. She knew we were there in the days leading up. We all had held her hand, told her we loved her and supported her until her mind was most likely floating somewhere between this world and the next.

This has been the hardest thing I've had to do.  Caring for my mother, trying not to be overwhelmed with everything that comes with being a Power of Attorney and Executor of an Estate, grieving for my passed father while staying strong to support my dying mother and then also trying to be there for her in the end and questioning whether I did enough. Now we live on...without Dad and without Mom, to carry on their love and reflect on the memories.

Dad died January 14th and Mom died May 14th. Exactly four months apart. I'm still in shock that both my parents are gone. Their lives over and plans ended.  They were 72 and 74, still young enough to have been able to enjoy the golden years.  It's hard to believe that 2022 isn't even at its halfway point and I feel like I've aged several years thus far. The road of grief lies before me but hopefully healing and peace as well. Peace be with you Mom and Dad, I'll love you forever. 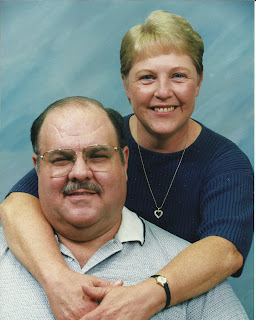 Posted by Christie Maszki at 4:44 PM

I am deeply sorry for your loss.

Many prayers for family.

Although you seem to have gone through everything, I went through a tiny portion, in simply moving my dad to a nursing home and spending the last 6 months trying to clean out his home and vehicles and posessions.

He is miraculously happy in this home, in Redmond, Washington, and we are so blessed. His dementia is so bad that we cannot communicate, nearly at all, but thankfully he seems to know who we are.

I sent him a postcard yesterday from Austria, wondering if he'll know who it's from, but that's ok, I at least have someone to mail something to.

Trying to decide what memories to sort out and give him, and which to give to Good Will/Garbage pick up sucks.

It's a lesson to me to get rid of everything I don't need, and all that horse stuff, am I really gonna use it? English riding spurs? Ever again? Probably not. I hope I don't leave a large burden on my husband when I go.

I'm so sorry you went through all this all at once.

You are in my prayers.

~lytha from Seattle in Germany

The agency through which I found Chance 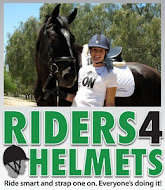